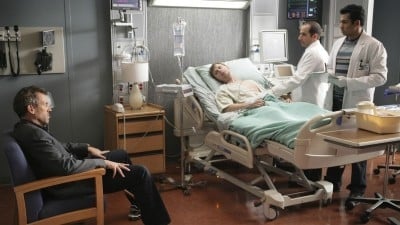 When a priest who runs a homeless shelter sees a bleeding Jesus hovering at his doorstep, he is admitted to the ER. House takes on the case as a distraction for the team while he confronts Foreman and Thirteen about their relationship. The team soon learns the priest had been involved in a molestation scandal that caused him to lose his faith. However, just as they are about to dismiss his case, the patient’s condition takes a drastic turn for the worse, and House grapples with his past and his belief 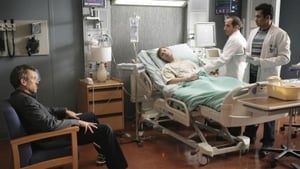